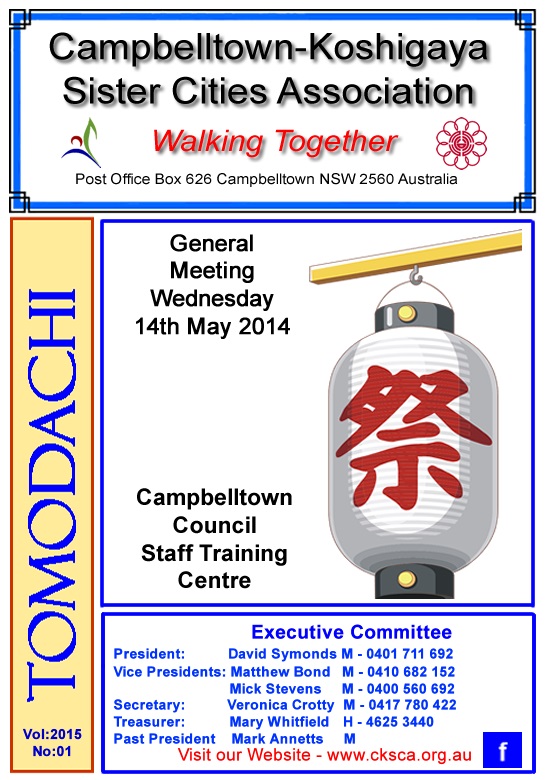 Japan Festivals in May.

Night festival of colourful floats consisting of giant, decorative paper lanterns. At around midnight, the lanterns begin to be paraded around town with local men hanging from them who start battles whenever other floats come close.

Thousands gather on the approach to Nozaka Kannon Temple to enjoy puppet plays, storytelling and a range of other classical arts and festival amusements.

The main event is a period dress parade on the 3rd recreating the arrival of Minamoto Yoshitsune and his entourage when he came to Hiraizumi in northern Japan to seek the protection of Fujiwara Hidehira.

Applications are now sought from members to travel to Koshigaya for the celebrations to be held in Japan.

Application forms are available from the Secretary.